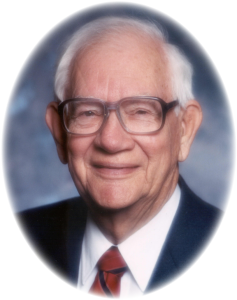 The Montclair City Council is saddened to announce that Council Member Emeritus Leonard Paulitz passed away on Tuesday, August 24, 2021, at Pomona Valley Hospital in the company of his six children, and in the thoughts and prayers of innumerable friends.  Leonard, who was preceded in death by the passing of his wife Constance, was 94 years of age.

Leonard’s life is a record of dedication to family:  His spiritual family; his personal family of spouse, children and home; his family of extended relatives and friends; and his City of Montclair family.

Leonard’s commitment to public service was emblematic of his spiritual devotion to life.  As citizens of this great country, we each know that, the success of our nation, our states, and our local communities depend, in large part, on those who serve the public purpose.  At his Inaugural Address, President John Kennedy immortalized the dignity of public service when he proclaimed, “Ask not what your country can do for you, ask what you can do for your country.”

Within this framework of public service is the role of elected leaders, without which our representative form of government would cease to exist.  From their unique vantage point, elected leaders shape our society; define public goals and objectives; create optimism; and build a better, safer, fairer, and more just society.

Over a period of elected and appointed public service that lasted forty-nine years, Leonard was the archetype of an elected leader who made service to community a lifetime avocation ─ and, in the process, transforming the very meaning of public service.

When he stepped into the appointed role of Montclair Planning Commissioner in 1965, and later as an elected member of the Montclair City Council in March 1978, Leonard, a computer systems specialist working at General Dynamics, in Pomona, had no vision that his service to the Montclair public and region would travel the course of nearly two generations.  The Montclair community is thankful it did.

Thomas Jefferson famously quipped, “No man will ever bring out of [public] office the reputation which carries him into it.  The honeymoon would be…short…and its moments of ecstasy would be ransomed by years of torment and hatred.”  Leonard, however, held a different perspective—a perspective that public service is an ennobling and rewarding experience.

When Leonard was asked why he committed so many years of his life as an elected leader, he would offer this unassuming response:

“Public service is a rewarding experience, and I am honored to have been given the privilege of serving the Montclair community as an elected representative at both the local and regional levels of government.  What motivated me to dedicate myself to elected public service for nearly two-thirds of my life was the chance to produce results for those people who entrusted me to be their voice and their champion.  In retrospect, of all the challenges addressed during my years of public service, none have more meaning than the endearing relationships I have formed with colleagues, staff, and constituents, and the positive impacts brought to the community through my association with the passage of responsible public policies.”

Self-describing his public service with sanitized clarity may be reflective of Leonard’s humble nature; but the reality of his service is a far different truth.  In an editorial, The Inland Valley Daily Bulletin called Leonard an “icon”—a politician who symbolizes the very best in service and who is revered and idolized for his commitment.  But in Montclair, he was considered a “legend”.

Ancient Greeks spoke of the legions of Gods sitting high atop Mount Olympus decreeing what fates shall befall mortal men.  Citizens of Montclair spoke of the legendary service of Leonard Paulitz who, sitting for nearly 37-years in the same seat at the Council Chamber dais, from March 1978 to December 2014, including eight years as Mayor Pro Tem, deliberated on policies that shaped a City.

Under Leonard’s watch, a community and her people transformed, developing from the hollows of peaceful citrus orchards to become the retail hub of the Pomona Valley and west end of San Bernardino County.

A tireless defender and promoter of Montclair, Leonard was at the center of major issues affecting the community and region:  from his battles with the US Postal Service to create a unified zip code for Montclair—to his 12-years of service on the South Coast Air Quality Management District—to his commitment to public infrastructure projects, including both the Ramona and Monte Vista Avenues Grade Separation Projects and construction of a new Montclair Police facility, Montclair Youth Center, and his beloved Montclair Senior Center.

In addition to his work on the Montclair City Council, Leonard served on the following committees and boards:  Chairman of the West Valley Airport Land Use Commission; Representative to the I-10 Corridor Beautification Authority; primary member on the boards of San Bernardino Associated Governments (SanBAG) and Omnitrans; Member on the SanBAG Major Project and Commuter Rail Committee; Member of the South Coast Air Quality Management District Governing Board (including Chairman of the Technology Committee and Vice Chairman of the Stationary Source Committee); Board representative to the California Fuel Cell Partnership; and Inland Empire Division Representative on the League of California Cities Environmental Quality Committee.

Just as his public service transformed the City of Montclair, the City of Montclair transformed Leonard Paulitz.  He came to the community with the disposition of an exacting accountant skilled at analyzing budgets and project costs, and earnest at demanding accountability and economic prudence.  These administrative qualities never left him; but what did leave him was the accountant’s aloofness, to be replaced, instead, by a purposeful love to make a positive difference ─ and make a difference he did.

Over his 49 years of public service, Leonard not only endorsed the transitional changes that occurred and are occurring in Montclair, he helped shepherd the maintenance of a community that continues to exemplify the values and qualities of mid-nineteenth century Americana.

Concurrently, Leonard overlaid a sense of community dynamic that enriched the citizenry with an array of exceptional government services, and captured for the community the essence of pride, partnership, vision, leadership and continual re-imagination.

“We never know how high we are
Till we are called to rise;
And then, if we are true to plan,
Our statures touch the skies—”

The heart and warmth of the Montclair community lives within its memory of the service Leonard gave, and changes his service wrought.  Montclair is a far better community for the passion of Leonard’s efforts.

Look into the Heavens this night and you will see the hand of God adding one more star to His tapestry.

This Eulogy will be updated as additional information becomes available.